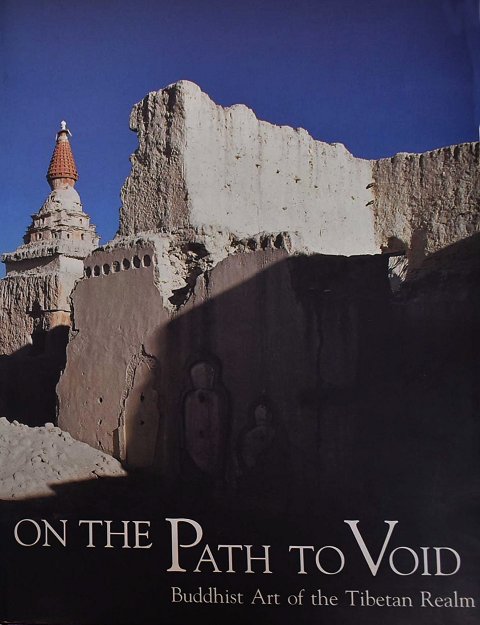 Pratapaditya Pal
On the Path to Void: Buddhist Art of the Tibetan Realm

Tibet is unique as much for its rich heritage of art as for its rugged landscape. Though several books have made known its history and culture  a subject of increasing interest  no single publication has yet [as at 1996] provided an overview of its magnificent art and architecture. The present volume is an attempt to redress the imbalance.

Contrary to its characterization as the forbidden land, Tibet has influenced and been influenced by the cultures of Central Asia and the Himalayan belt. It would scarcely be an exaggeration to state that the history of the Buddhist art of Asia, and India in particular, may need rewriting based on discoveries constantly being made in Tibet.

In three sections on architectural monuments, sculpture, and painting and fabric images, the essays in this volume cover monasteries, palaces, icons, wall-paintings, and the most widely known form of Tibetan art  thankas. From the time of the Yarlung dynasty when Tibet was a formidable power, to the continuing and relentless Signification of Tibetan culture, and going beyond political boundaries to include sites in India such as Alchi and Tabo, a panorama of Tibetan civilization is provided here. Articles on methods of casting bronzes and analysing their metal content, techniques of painting thankas and their preservation, will appeal to a wider readership.

The essays in this volume are written by the foremost scholars of Tibetan art and culture. In addition, the book is lavishly illustrated with 154 colour and 67 black and white photographs.