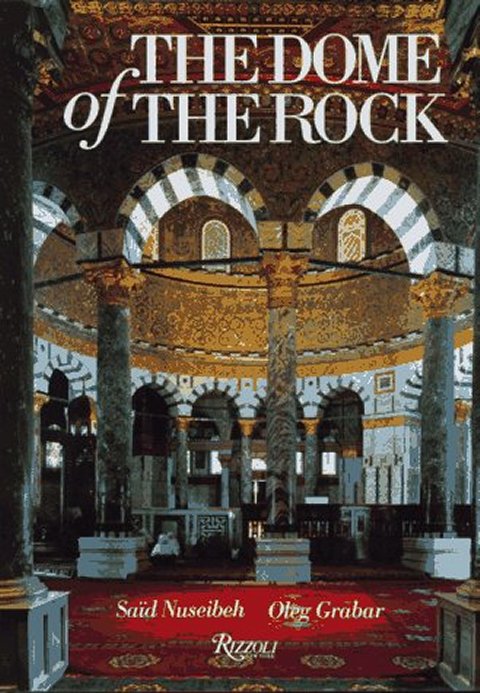 The Dome of the Rock

The Dome of the Rock in Jerusalem is a great monument of world architecture and one of the holiest places on earth to Muslims, Christians, and Jews. This masterpiece of Islamic art, known in Arabic as the Qubbat as-Sakhra, stands in the Old City at the center of a 1.5 million-square-foot esplanade called the Haram al-Sharîf (Noble Sanctuary), or Temple Mount. This northeastern quarter of Jerusalems old walled city has been associated for nearly a thousand years with King Solomons Jewish Temple and was once the site of King Herods third Jewish Temple; it is also where Christ conducted much of his ministry.

A brilliant aesthetic achievement, the octagonal Dome of the Rock is faced with carved marble plaques and colored ceramic tile, and its golden-colored dome dominates Jerusalems skyline. The lush interior  with its mosaics, Koranic inscriptions, marble, and crafted stucco and stone  evokes a vision of a garden paradise and a contemplative atmosphere removed from the surrounding world.

The Dome of the Rock was built in 692 C.E. under the patronage of the Umayyâd caliph Abd al-Mâlik ibn Marwân. It enshrines the Sacred Rock, literally the irregular highest top of Mount Moriah, one of the several ridges around which the city of Jerusalem began to develop as early as five thousand years ago. The structure commemorates the Prophet Muhammads (ca. 570-632) celebrated Night Journey from Mecca to Jerusalem and his Ascension through the heavens to visit God, as told in the Koran and the Traditions. As such, the mosque has reflected and represented Islam during most of its history, but it is also associated with sacred events in the lives of Christ, the Virgin, and Christian saints as well as with a host of Jewish prophets, traditions, and memories. Today the Dome of the Rock is used primarily for womens congregational prayer, private prayer, and religious instruction, and as a place of pilgrimage for people of all faiths.

This volume is the most detailed and complete visual documentation published to date [as at 1996] of this profound monument. Stunning color photography explores the exterior and luxurious interior, illuminated by delicate light from stained glass windows and decorated with veined marble, mosaics, oriental carpets, and porphyry columns.

The introduction, by one of todays [as at 1996] most esteemed Islamic scholars, explores the history, art, architecture, and cultural and religious significance of the building. The book also includes transcriptions of the earliest-known Koranic script, inscribed on the buildings octagonal arcades, historical travelers accounts of the Dome, maps and drawings, a bibliography and glossary, and an index.